A friend recently sent me a link to Photomatix, a small tool that can combine different exposures of a scene with a high contrast to produce an image with an increased dynamic range, that is an image where highlights and shadows come out well, rather than as blocks of white or black. So I decided to take the tool for a spin to see how well it did.

First, I needed a picture with high contrast, such as an indoor photograph that comprises outdoor light coming in through windows. 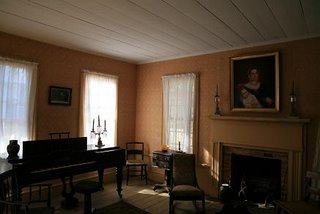 In this picture, the exposure is correct but because there is a very strong contrast between the dark and light areas, the inside of the room looks very dark, while the outside through the windows looks washed out. This doesn't do justice to the actual setting and is a very dull photograph. This is because the sensors in the camera are much less versatile than the human eye and their contrast range is not very wide. Good old negative film would have the same problem. Slide film would do a slightly better job because it has a wider contrast range but would still be disappointing compared to the human eye. So let's try to correct this.

Taking the same scene at -1EV, that is under-exposed by 1 stop, we get a darker picture but where the highlights through the windows show significantly more detail. 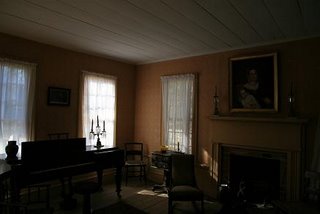 Then taking the same scene again at +1EV, that is over-exposed by 1 stop, we get a much brighter picture where the inside of the room comes out much better. 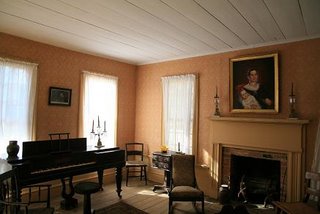 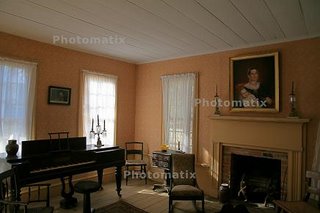 Of course, as I am using the evaluation version, I get a watermark on the output image but the result is indeed impressive. To get results as impressive as the ones on the Photomatix web site, I should probably have bracketed my photograph at ±2EV or more, rather than ±1EV, in order to have better highlight and shadow details. Also note that to take the three exposures, I needed a sturdy support: it is not something you can do while hand-holding the camera. A tripod is best but in this case, I was using a monopod while being supported by the back wall of the room.

Having said this, does it justify a $100 price tag? If you take a lot of pictures with very strong contrast, have a camera that does AEB and are carrying a tripod with you when doing so, I'd say yes as it can transform an average shot into a great photograph.